Kickboxing is also a great way to get a total-body workout while learning simple self-defense moves.

See why so many are joining Renzo Gracie NH

Although the true roots of kickboxing date back to Asia 2,000 years ago, modern competitive kickboxing actually started in the 1970s, when American karate experts arranged competitions that allowed full-contact kicks and punches that had been banned in karate.

Because of health and safety concerns, padding and protective clothing and safety rules were introduced into the sport over the years, which led to the various forms of competitive kickboxing practiced in the United States today. The forms differ in the techniques used and the amount of physical contact that is allowed between the competitors. 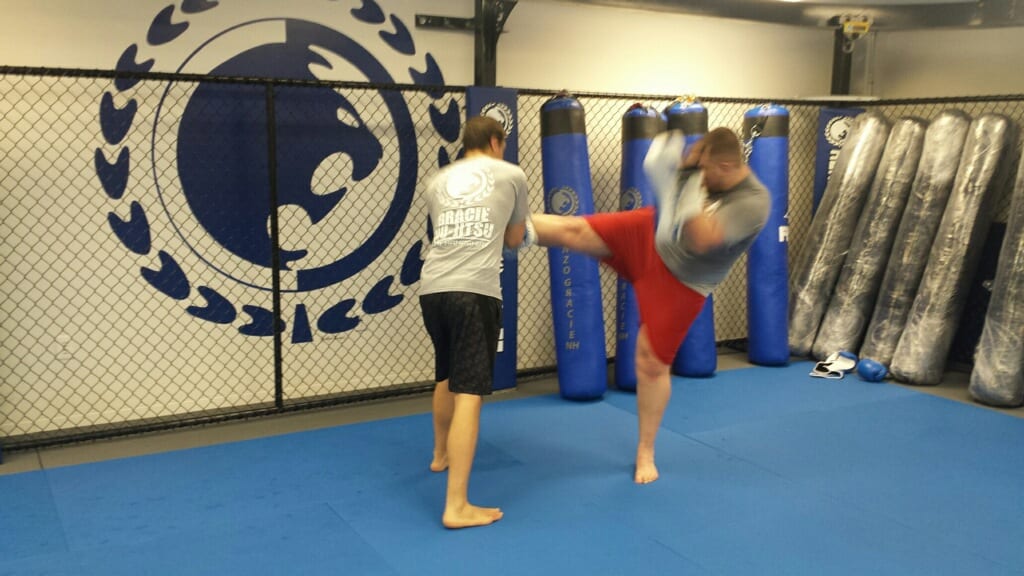 Cardio kickboxing classes usually start with warm-ups and gradually increase in intensity. Kickboxing is a full-body workout that includes movements such as knee strikes, kicks, and punches. Some time at the end of class is usually devoted to cooling down, which usually includes exercises like push-ups and crunches for strength and stretching for flexibility.

Besides keeping your body fit, kickboxing has other benefits. According to a study by the ACE, you can burn anywhere from 350 to 450 calories an hour with kickboxing! 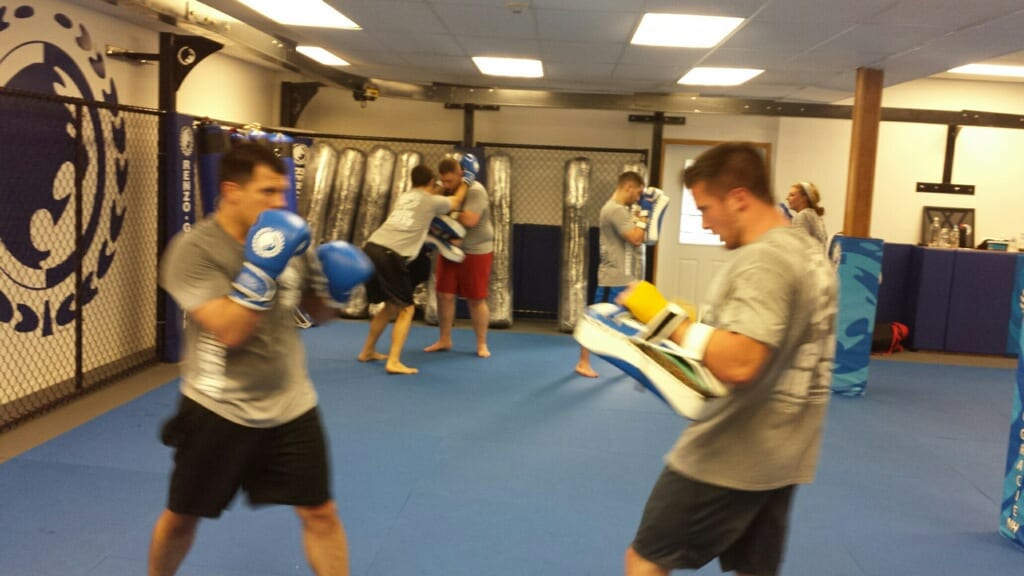 Kickboxing also reduces and relieves stress. Its rigorous workout — controlled punching and kicking movements carried out with the discipline and skills required for martial arts — can do wonders for feelings of frustration and anger. Practicing kickboxing moves also can help to improve balance, flexibility, coordination, and endurance.

Kickboxing is also a great way to get a total-body workout while learning simple self-defense moves. Kickboxing fans say the sport helps them to feel more empowered and confident.

So get out there and jab, punch, and kick your way to fitness. 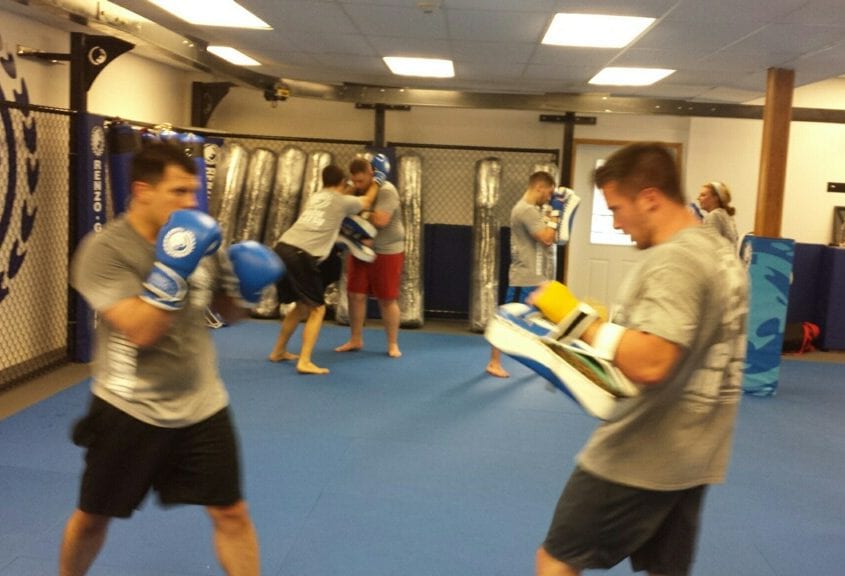 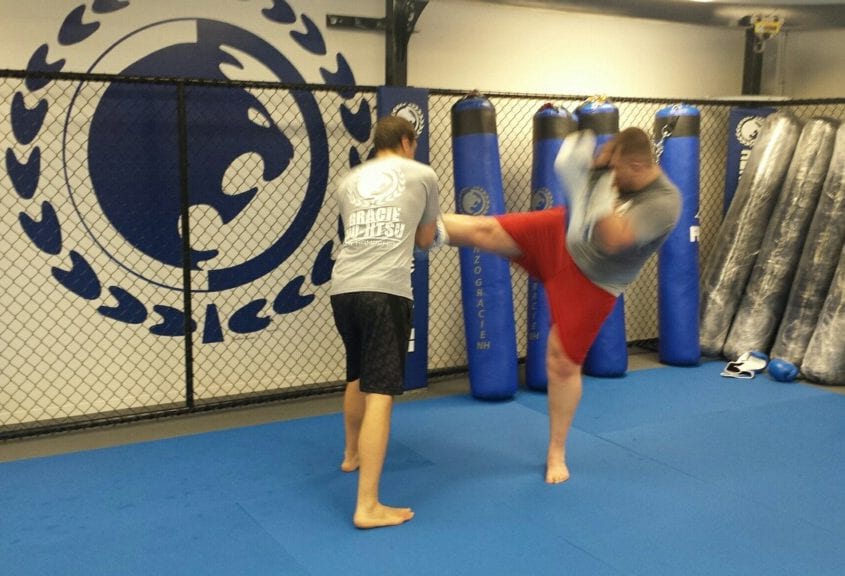 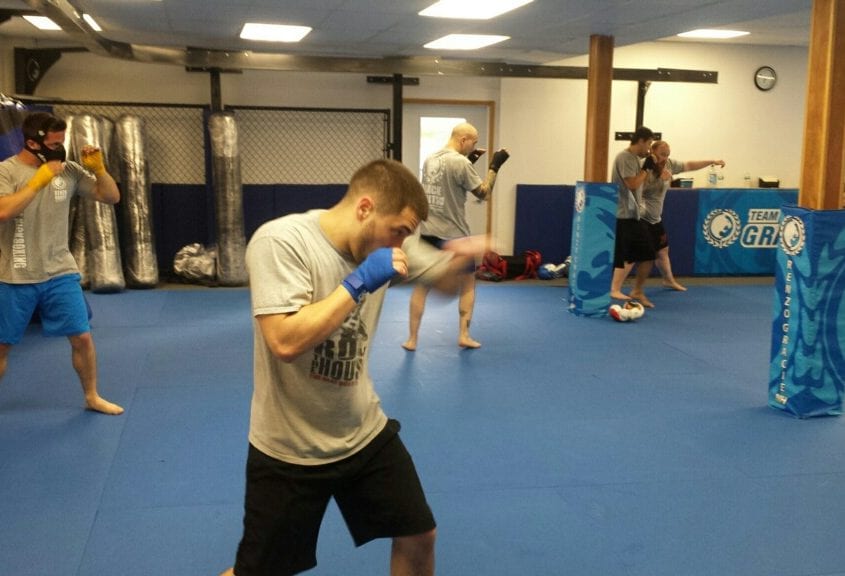 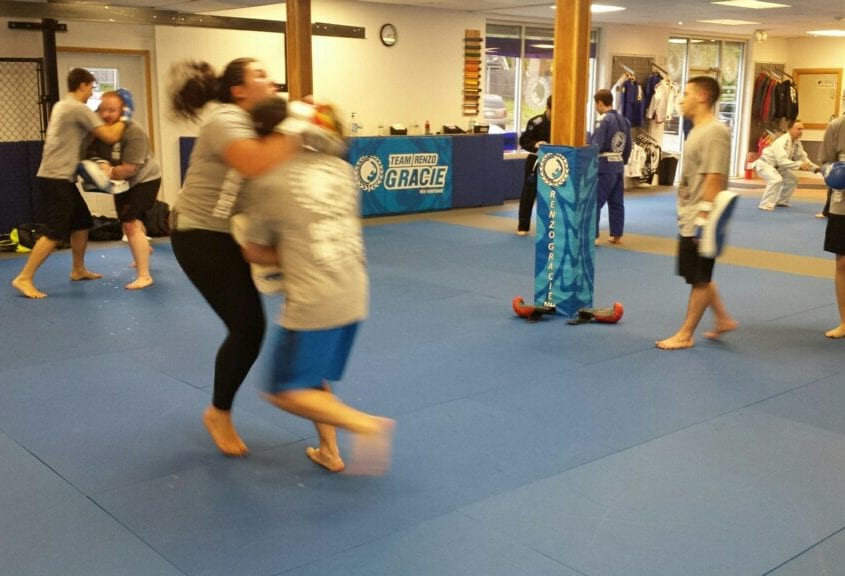 Get Your Free Trial Class
Scroll to top