Meet the family that pioneered and engineered BJJ to what it is today. Brazilian Jiu Jitsu today is the result of the dedicated effort of an entire family. The Gracie family has given their lives, knowledge, and hearts to the sport.

From Japanese origins, translate jujutsu to mean “gentle art”. And since this martial art style doesn’t include weapons, it was designed to protect a samurai if he were to ever lose his own weapon. This ground level fighting style has become evermore popular as the Gracie family continues to develop and structure the discipline. Mitsuyo Maeda of the Kodokan Japanese school traveled with the school, bringing his lessons to the United States as well as Brazil. He also created Jiu Jitsu’s first tournament in Brazil in order to promote the discipline. This attracted a number of individuals, sparking interest and bringing life to the art. 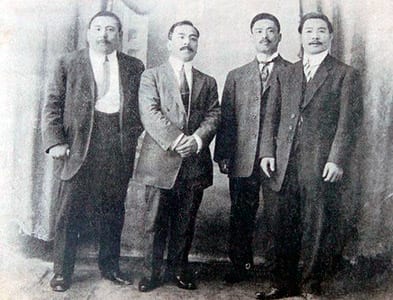 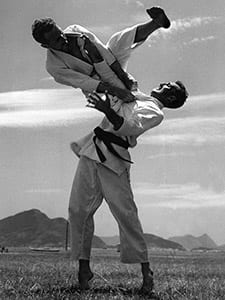 Image of Carlos and Helio Gracie

Maeda was Gastao Gracie’s friend. In 1917, Carlos Gracie (born in 1902) had the opportunity to watch larger opponents become dominated by Maeda (who was smaller than the opponents). Carlos was then taught the art. A domino effect ensued, infecting his brothers with the love of the sport, Oswaldo, Gastao Jr., George and Helio.

The first Brazilian Jiu Jitsu academy was opened in 1925 by Carlos. Thirteen of Carlos’s 21 children became black-belts. Helio Gracie is the oldest son of Grandmaster Carlos. Helio engineered the sport to what it is today, making technical advances, enforcing that no matter how large your opponent is or how many muscles they have, they would become defeated once the fight made it to the ground.

In 1967, Helio’s son Carlson Gracie had taken charge, and the Guanabara Jiu Jitsu Federation was created. Moves now had points, and matches were timed, creating a system that was now implemented during matches. The president of this Federation was Helio, president of the Consultative Council was Carlos, and the director of the technical department was Carlson. 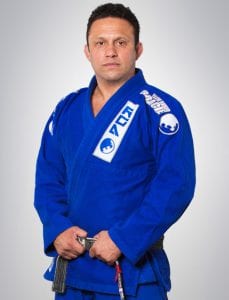 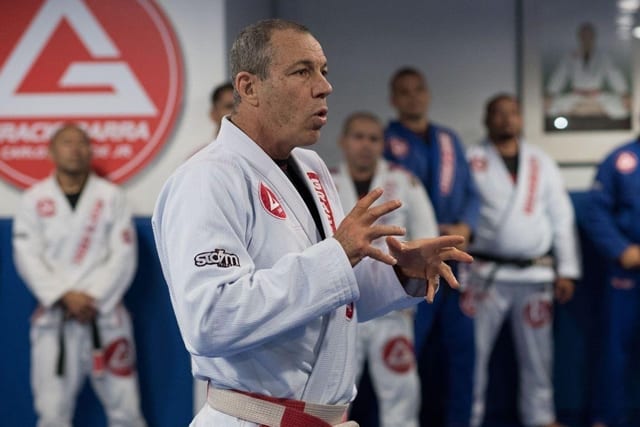